Overcome The Fear of Failure In Four Simple Steps

No one likes to fail, but everyone fails at some point. For many people, the fear of failure paralyzes them from overcoming obstacles and reaching their goals.

The fear of failure creates negative self-talk that keeps people from learning and growing.

Overcoming the fear of failure is divided into three areas:

Preparing for Fear of Failure

The steps to prepare for fear of failure are:

It would not be a failure if a person learned something valuable from experience, even if what they discovered was that they didn’t have the right plan to succeed.

Psychologists suggest redefining failure as discrepancies or when outcomes didn’t meet expectations. There is less fear when failure is defined in less personal terms or as a learning experience.

Find Benefits from Past Failures

To redefine fear, a person should look to past failures and consider the benefits they received. Learning a better way, discovering a new path, and realizing a plan didn’t work all provide benefits to overcoming the fear of failure in the future.

When people use the information and experiences they gained from previous failures, they have less fear because they already know what to avoid.

Humans perceive failure as a threat. Because failure stops people from reaching their goals, they see it as a threat to their desires. Scientists at the University of California Berkley concluded that when people perceive a threat, their bodies prepare to fight it.

Physically, a person goes into “fight or flight” mode; breathing and heart rate increase. Preparing to fight is negative stress on a person’s body and mind and can cloud their judgment, increasing their fear.

To redefine a threat as a challenge, a person needs to visualize the obstacles they face. They must determine if their fear is real or an imagined threat.

People often fear failure because they think of the worst-case scenario instead of focusing on positive ways to reach their goals and avoid disappointment. Facing a challenge holds less fear than facing a threat.

Once a person has redefined failure, the next step is to create goals that approach success, not avoid defeat. Approach goals focus on positive outcomes: learning something new, achieving success, or growing to fill a need.

When confronting the fear of failure, a person must accept fear as an emotion and move past it.

The steps to moving forward instead of letting fear stop a person include the following:

Fear is a human emotion, and everyone feels fear. Business leaders describe feeling the fear of failure when they started, but they acknowledged that fear and kept trying.

If a person’s goals are powerful enough, they can confront their fear of failure with a strong plan. When the desire for success is greater than the fear of failure, definite goals help a person overcome the fear.

People are often paralyzed by fear of failure when their plan isn’t working. They may start strong but begin to fear failure during a complex process. Psychologists suggest changing the goals in these situations.

Redefining failure by adjusting the goals limits fear. When forces beyond a person’s control block the path to success, a more limited purpose can help a person achieve success without worrying complete failure.

The fear of failure decreases when a person has confidence in their prior decisions and achievements. People limit their fear of the next step by reminding themselves of what they have already done.

Even with the best intentions, any plan can lead to failure. Many successful people have failed multiple times. When a person does fail, they need to recover positively from experience.

The steps to recovering from failure include:

People often criticize themselves more harshly for failure than they would another person. A study published in the Journal of Clinical Psychology found that self-compassion was associated with lower levels of worry and rumination, as well as increased positive emotions, among individuals who had experienced failure.

If a person makes the repercussions of failure too hard on themselves, they may develop a negative self-image or negative self-talk that causes them to fear the next challenge.

A person also needs to accept their mistakes when they fail. Without admitting responsibility, they repeat their mistakes repeatedly, limiting their success and developing a greater fear of failure each time they face a challenge. Recovering from failure includes preparing for the next challenge by accepting mistakes and correcting them.

If a person views failure as a learning experience, there is more to gain from failure and less to fear. Educators teach students that failure isn’t the end of learning. Instead, failure is the beginning of success.

Scientists understand that overcoming the fear of failure is based on human emotion and perception.

Overcoming the fear of failure involves defining failure more positively and using skills and abilities to confront it. When a person does fail, they can improve their outlook and limit fear by using failure as a learning experience.

May your days be filled with peace, love and joy.

Get your FREE Manifestation Mindset Guide when you subscribe.

In this 51 page guide you’ll learn the simple steps to avoid common pitfalls that lead to wrongful manifesting and the exact ways to charge your manifesting power to create a life you love.

Get My FREE Guide Now! 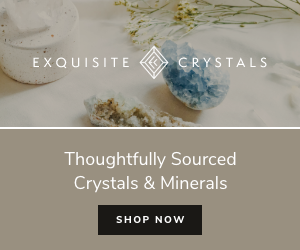 More From our blog

Discover the power of St Michael the archangel and how you can access his divine guidance and protection through oracle cards and prayer.
Read More...

Crystal Meanings: A Beginner’s Guide To Unlock the Magic

Discover the power of crystal meanings and how to use them for holistic health and wellness. Learn the basics of crystals and unlock their potential today!
Read More...

Free Your Mind: Transcending Negative Self Talk | Discover tips and strategies to help you overcome your inner critic.
Read More...

Learn the simple steps to avoid common pitfalls that lead to wrongful manifesting.

Get Your FREE Vision Board Planner!

Find out what “ONE THING” that’s holding you back!

Clearing Negativity: A Guide to Using the Ho'oponopono Method

5 tips to help you overcome your daily contest with negativity.